On Ashtami tithi, Goddess Tvarita, the swift one, stirs our inner energy a little, like during the churning of the ocean of milk, to make us progress in life faster and free us from inner and outer poisons.
Goddess Tvarita presides over Ashtami tithi or eighth lunar day – exactly on the half way of Moon’s journey from darkness to fullness or from fullness to re-union. If we would look at the sky on Ashtami tithi we would see exact half of the Moon. Goddess Tvarita is the form of Divine Mother, which balances the forces of darkness and light, chaos and order, creation and destruction. She doesn’t favour anybody. She is adorned both with snakes and with peacock feathers (peacocks are natural enemies of snakes). She shows us the way, how to honour both Light and Darkness. Not without a reason it is said that Shani (Saturn), the dispenser of justice, who always looks equally on everybody, was born on Ashtami tithi. This is also why the nature of this lunar day is sometimes described as dvandva or “conflicting”, as inner conflicts may awaken on this lunar day due to opposite forces coming together to confront each ther.
Even the form of Shiva connected to eighth lunar day is Ardhanarishwara – half-Shiva, half-Shakti, representing the natural balance of all opposites existing in the universe. Due to Shiva in the form of Ardhanarishwara being so connected to this lunar day, the topic of equal rights in our times (especially women’s rights) is usually very important and dear to all Ashtami tithi natives. They love equality and justice. This is one of the reasons why yantra of Goddess Tvarita is just round in shape, surrounded by eight petals – no matter, how you turn it, you will see it the same shape, from every perspective and every angle. Similarly, Moon will looks exactly the same on Shukla Ashtami and Krishna Ashtami. 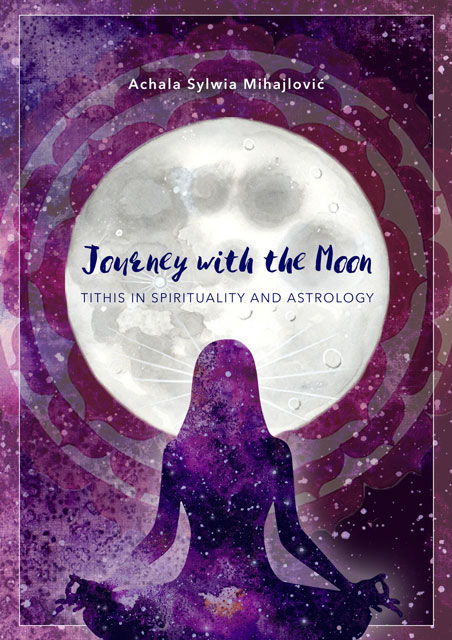 There are many versions of the myth of Creation. According to Vedic thought, through the will of Narayana, a golden egg (hiranyagarbha) appeared in the waters of creation. This golden egg or brahmanda contained a totality of creation within itself – all the worlds and all the elements combined together, ready to give birth to our world. Yet, in almost any of these myths, we can also see some sort of opposing force appearing, as well – a force of chaos, untangling and disintegration, which strives for liberation and release of all the combined energies. One of the oldest myths, narrated in Tvaritamulasutra, describes a great battle between forces of chaos and forces of creation, which comes to an end only when Supreme Goddess appears as Tvarita, the one who balances the opposites, and becomes the Protectress of the universe, balancing the forces of chaos.
- "Journey with the Moon"
GET YOUR EBOOK
GET YOUR HARD COPY 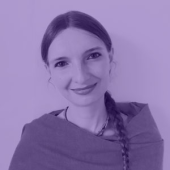 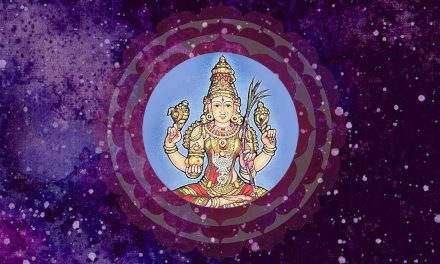 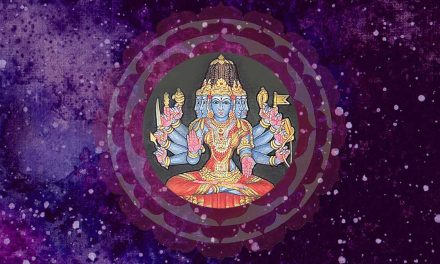 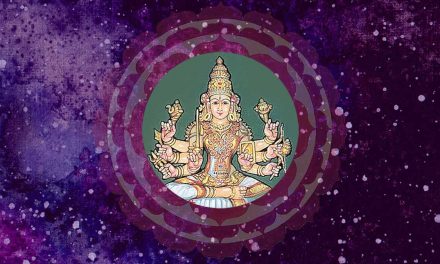 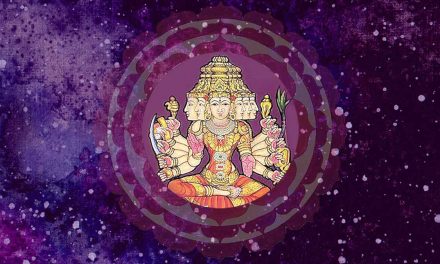